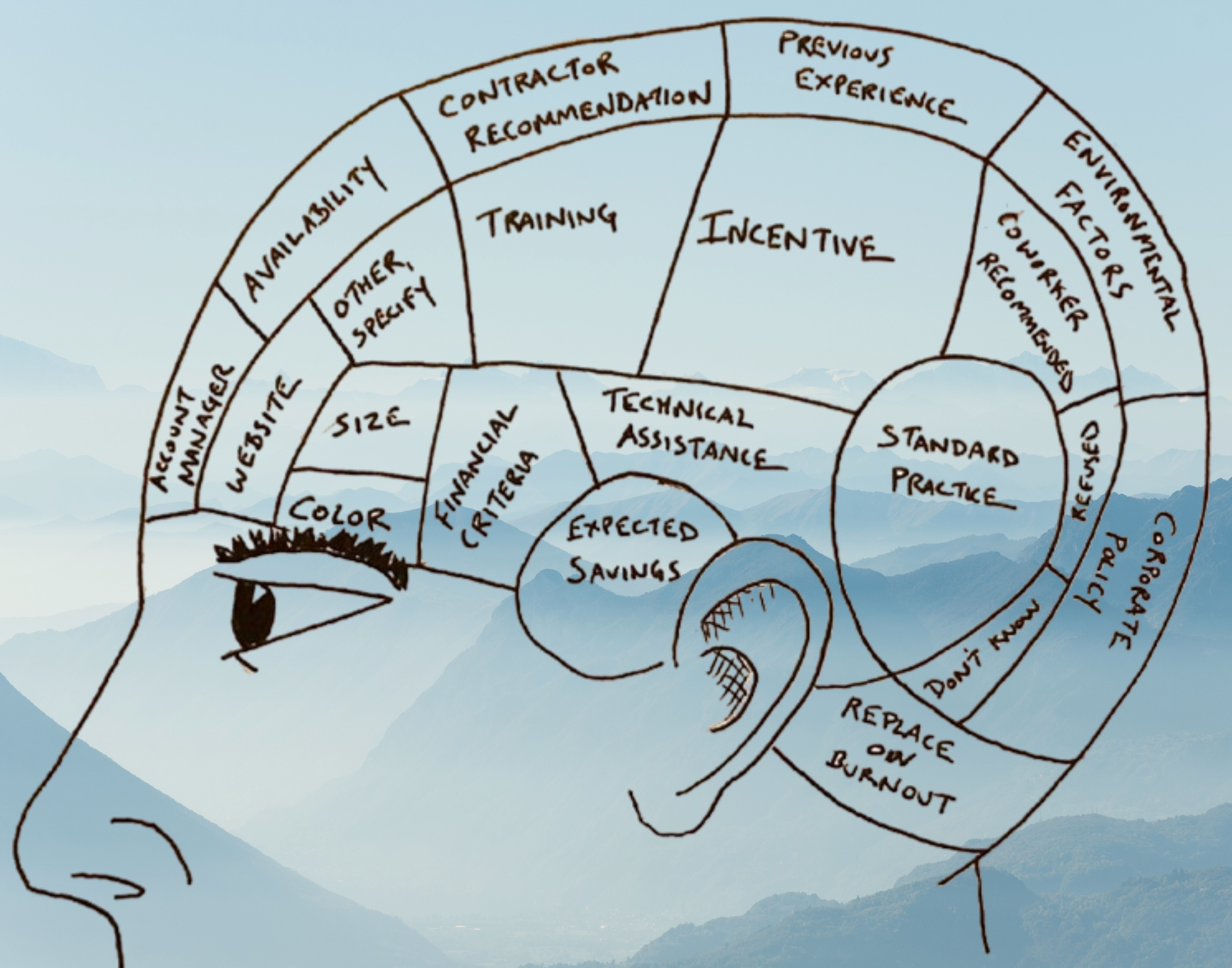 One of the most difficult jobs that evaluators have is estimating attribution of savings to energy efficiency programs. Trying to put a numeric counterfactual value on a complex decision-making process is extremely challenging! I think it is this difficulty that makes it such an interesting topic to me. Let's dive in.

As stewards of ratepayer funds, program administrators should maximize the savings that can be attributed to the program. This is largely done by targeting customers who need the program’s intervention to make the energy efficiency improvement and by minimizing free-riders (those participants receiving incentives for measures they would have implemented anyway). At the same time, the presence of energy efficiency programs can result in indirect savings beyond its participants in the form of spillover and market effects.

Often, free-ridership, spillover, and market effects are expressed as a net-to-gross (NTG) ratio. Net savings can be calculated by multiplying gross savings by the NTG ratio.

While there are methods to determine net savings directly (e.g., through quasi-experimental designs or market sales data analyses), evaluators often use surveys to collect information to estimate NTG. This approach is cost-effective and transparent but has many potential issues. Again, attempting to measure a complex decision-making process is really hard!

Evaluation experts in jurisdictions throughout the country have been tackling survey-based NTG issues for decades in an effort to improve the accuracy of NTG measurements. Through the sharing of best practices, evaluators have been able to incrementally improve NTG methodology although important work remains. Some concerns these groups are addressing include (but are definitely not limited to):

One issue I would like to highlight is the baselines used in NTG research. To calculate net savings, evaluators must first determine the appropriate baseline (i.e., the counterfactual scenario) to determine what could happen in the absence of the program.

There are three critical questions:

If the NTG research is not well aligned with how the program measures savings and if respondents do not understand the survey questions, there is potential that the NTG ratio will not reasonably reflect the impact of the program and, by extension, its net savings.

In many cases, the choice between efficient and inefficient equipment is clear and easily articulated to NTG survey respondents. In other cases, the counterfactual scenario is much more complex. For example, in smaller commercial new construction projects, the baseline building (according to ASHRAE Standard 90.1 Appendix G) is to be modeled with single-zone HVAC units to condition spaces rather than a central system. If the participating building installs a high-efficiency chiller, it is compared to the low-efficiency unitary equipment and not a lower efficiency chiller, which is likely not a realistic representation of what would happen in the absence of the program.

To estimate the program’s attribution, evaluators typically include questions that ask about the influence of various program elements (e.g., incentive, training, technical assistance, etc.) on the decision to install energy-efficient equipment instead of the baseline and the likelihood of installing the same energy-efficient equipment if the program had not been available. In order to get as accurate an estimate as possible, evaluators need to frame questions so that they correspond with how the program calculates savings and with how the respondent makes the decision.

This figure illustrates some of these NTG baseline issues for a commercial new construction program.

Attempting to quantify the impact of programs on participants’ decision-making process is difficult and will never be perfect. This is especially true for programs with complex counterfactual scenarios. Evaluators need to continue to review NTG methodologies and incrementally improve them over time. Methodologies should also be flexible enough to adapt to the wide range of programs offered, as no one size will fit all. Programs and evaluators should also work together to ensure that the baselines used in both the gross and net savings as well as the counterfactual scenario used in the NTG surveys all align in order to best estimate the impact of the program…at least as best we can.

[2] The UMP defines gross savings as “the difference in energy consumption with the energy efficiency measures promoted by the program in place versus what consumption would have been without those measures in place.

[4] This only considers the impact of free-ridership on NTG. Conceivably, the program could claim some portion of the savings between the baseline efficiency and the planned equipment through spillover or market effects.

In addition to understanding energy efficiency, evaluators also search for efficiencies in cost and...
Read More

I am a big fan of the Boston Celtics and their coach, Brad Stevens. How does this relate to...
Read More

I love explaining things with diagrams. One thing I have really missed working from home over the...
Read More